Sorry, this event is over

Search for another event

This event has already passed by. Sorry.

Join Connecther and the Harvard College Social Innovation Collaborative at Harvard for Girls Impact the World Film Festival Awards Ceremony 2015 on March 28, 2015 from 6:00 to 8:00 PM for an exciting evening of films, awards, industry speakers, and calls for social change through powerful storytelling.

Special guests will speak on engaging students to create social change around the world. Films from the Girls Impact the World Film Festival will be screened.

Map:  http://map.harvard.edu/ - The Science Center is across from Harvard Yard, next to "The Plaza"

We have some special guests attending.  Please arrive early to get your seat!

Elizabeth Avellan (Producer) is the Co-Owner and Vice President of Troublemaker Studios and President of EYA Productions.  In addition to producing family and genre films that have collectively grossed over a billion dollars, she has played a primary role in developing Austin, Texas as a thriving film community.

Avellán began her producing career when she co-founded Los Hooligans Productions in 1991 with Robert Rodriguez as the two began their feature film project, “El Mariachi.”   Her next project was co-producing the film’s 1995 sequel “Desperado.” She followed up with co-producing “From Dusk Till Dawn” as well as its successful home entertainment sequels.  She also produced “The Faculty.”

During the past decade, Avellán has produced a dozen films including “Once Upon a Time in Mexico,” “Spy Kids 2: Island of Lost Dreams,” “Spy Kids 3-D: Game Over,” “Sin City,” “The Adventures of Sharkboy and Lavagirl in 3-D,” “Grindhouse,” “Shorts,” “Predators,” and “Machete.”

Avellán has also executive produced several projects.  Most recently she served as EP on “blacktino,” a film directed by her son, Aaron Burns, that world premiered at the 2011 SXSW Film Festival, and “Secuestro Express,” a topical Venezuelan narrative about the dangerous trend of “express” kidnappings in her home country.  She also served as EP on the documentaries “The Truth in Terms of Beauty” and “In and Out of Focus.”

Avellán was born in Caracas, Venezuela, where her grandfather, Gonzalo Veloz, was the pioneer of commercial television. She is on the board of several organizations, including the University of Texas College of Communication Advisory Board, Capital Area Statues, which commissions unique statues for the capital city; the Texas Book Festival and the Austin Film Society.  The mother of six children, Avellán resides in Austin, Texas.

Eloise DeJoria is an actress and philanthropist. She is a presenting sponsor and finalist judge for the Girls Impact the World Film Festival. In addition to being the spokesmodel for Paul Mitchell, Eloise uses her time and talents to help people lead healthy, fulfilled lives. She focuses her efforts on recovery programs, the arts and promoting the rights and well-being of women and girls.

Joanna Lipper is an award-winning filmmaker and Lecturer at Harvard University where she teaches Using Film for Social Change in the Department of African and African-American Studies. 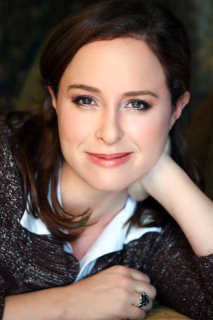 Her work as a documentary filmmaker has been supported by the MacArthur Foundation, Ford Foundation, ITVS, Britdoc Foundation, the Gucci Tribeca Documentary Fund, Women Make Movies, Chicken &Egg Pictures and Fledgling Fund. Her latest documentary, THE SUPREME PRICE, received the Gucci Tribeca Spotlighting Women Documentary Award and was named Best Documentary at Africa International Film Festival (AFRIFF). An extended trailer from the film was commissioned to launch Gucci's Chime for Change Women's Empowerment Campaign at TED2013. The film was selected as the closing night event of the Aspen Ideas Festival in 2014.  In North America, the film is being distributed by Women Make Movies.  Across Europe. this film has been released by the United Nations in their Ciné-ONU Series.  Previous films Lipper has produced and directed include Inside Out: Portraits of Children (1996), Growing Up Fast (1999) and Little Fugitive (2006). Lipper is the author of a nationally acclaimed book about teen mothers, Growing Up Fast (Picador, 2003). Her photography has been published and exhibited in the US and overseas.  Joanna Lipper's film company (Vertumnus Productions) is dedicated to the development and production of documentaries and narrative feature films.

Kirsten Smith – who goes by the nickname “Kiwi” -- has co-written LEGALLY BLONDE, 10 THINGS I HATE ABOUT YOU, SHE’S THE MAN, ELLA ENCHANTED and most recently, THE UGLY TRUTH and THE HOUSE BUNNY with longtime writing partner Karen McCullah.

Her first novel was 2006’s THE GEOGRAPHY OF GIRLHOOD, a novel in verse, which fulfilled her lifelong dream of having a book of poetry published. Her poems have appeared in The Gettysburg Review, Shenandoah and RUSH HOUR: RECKLESS.

Upcoming projects include an all-female installment of THE EXPENDABLES franchise for Millenium Films; TWENTY-FIVE, a high-concept female-driven comedy for Fox; and TMI, a romantic comedy for Universal.

Kiwi has written and directed two short films, THE SPLEENECTOMY and THE MULTI-HYPHENATE, both starring Anna Faris. She executive produced WHIP IT, starring Ellen Page and Kristin Wiig.

A native of the Pacific Northwest, she lives with Kurt, Sara, and her two dogs.